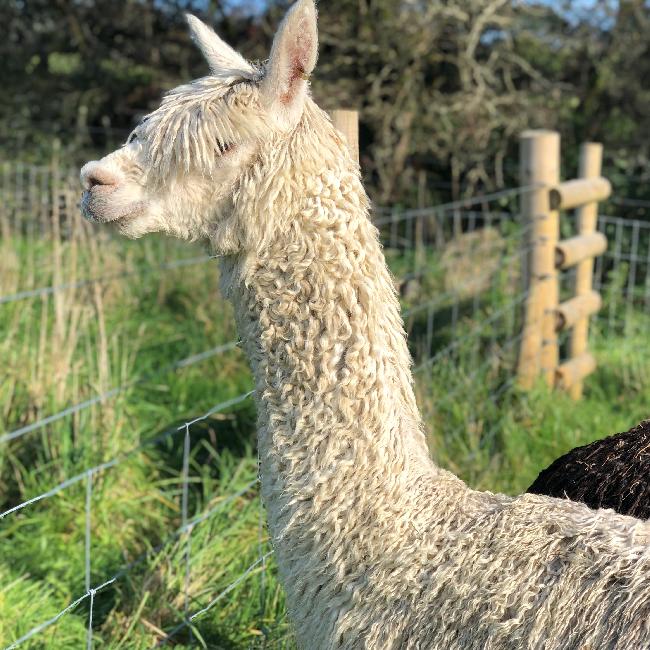 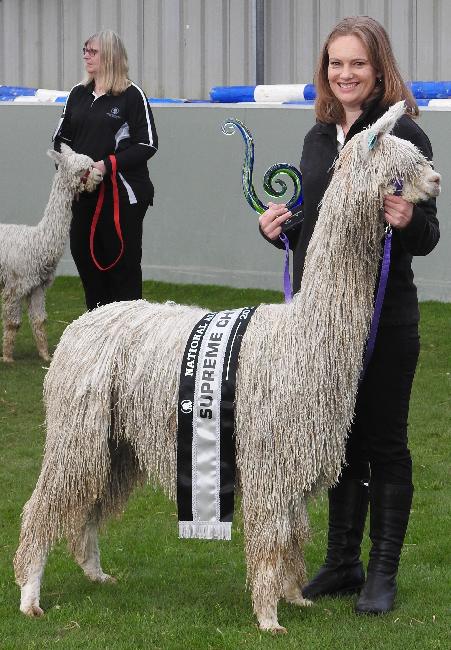 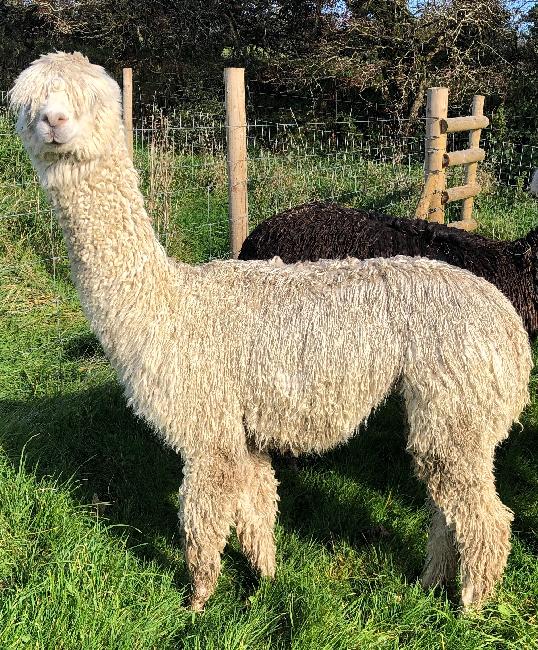 Bolero in his 4th fleece

Organisations Registered With:
BAS: UKBAS31658
AANZ: IAR(NZ)1015952
Web link specific for this stud:
https://darkskyalpacas.com/bolero
Description
If you are looking for an unrivalled combination of fleece and frame in your advanced breeding programme then Bolero is a must.

Bolero, a light fawn male, is the complete package ? a very proud male with a strong, upright stance and a fleece that carries fineness, an excellent uniformity of micron, density and lustre.

Bolero was awarded Supreme at the Aplaca Association of New Zealand (AANZ) National Show in 2016.

You only have to look at his pedigree to understand why he is such a class act ? a rare combination of Accoyo, Surilana and Surico.

His Sire, Surico Onedin was awarded Supreme in all 7 NZ shows entered, including the Nationals in 2010. He has many award winning progeny ? in addition to Bolero, a further 2 have won Supreme at the Nationals. He is most famous for his extreme density.

Onedin?s Sire, Surilana Parsifal, needs no introduction. Bred by Don Julio Barreda at Accoyo, he is the most influential suri male in New Zealand having sired 10% of the national herd? his progeny have been awarded over 57 Supremes and in excess of 200 broad ribbons. He is strong boned and compact with excellent conformation and all his cria, without exception, produced exquisite fleeces with fine pencilled, independent locks and the trademark nose-to-toe coverage for which Accoyo bloodlines are famous.

Price (Mobile Mate)
£950.00
Price (Drive By)
£850.00
Sales Tax:
This price is NOT inclusive of sales tax which needs to be added.
Discount applies for multiple bookings
Yes - Contact Breeder for details
Currency
Sterling