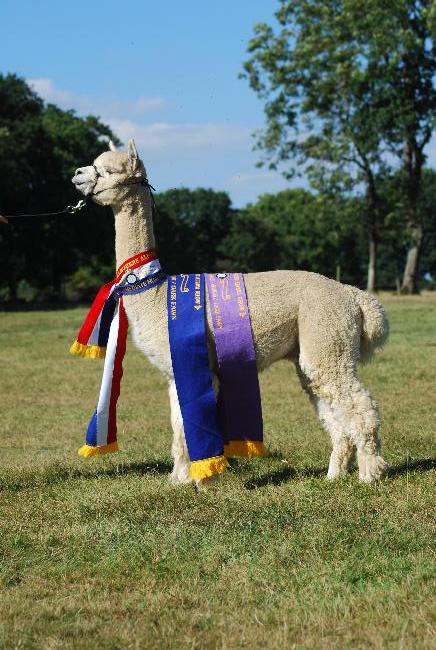 Organisations Registered With:
British Alpaca Society UKBAS26811
Web link specific for this stud:
http://www.alpacaevolution.com/at_stud/epc-wildfire-alpaca-stud/
Description
Alpaca Evolution and co-owners Merrifield Alpacas and Pinnacle Alpacas are proud to offer stud services to EPC Wildfire of Alpaca Stud. Upon hearing about Wildfire and recognising there was an opportunity to purchase him from his daughter and son in law, Nick offered shares in him to like-minded, discerning breeders. In 2014 Nick made a trip to South Australia expressly to see this young male and make certain he carried the attributes he and the group coveted. Nick was in no doubt that this male would be ideal for the further advancement of the Alpaca Stud/Evolution breeding herd complimenting the lines already held. As his second drop of cria approach the yearling stage we have seen his ability to pass on those qualities first seen in himself. His first drop of cria will reach working age this summer and we will face a challenging time selecting who not to use!
From the baby face intermediate 4 and a half years ago, we have seen a beautiful macho male develop since his eventual arrival in to the UK in 2015. Wildfire is a son of the famed and justly admired Windsong Valley Firedragon who himself has sired multiple Australian National Champions. His Dam, Serenity, is a daughter of Jolimont Commisario. Serenity arrived in the UK in the summer of 2015. She now sits firmly amongst the top tier of the breeding herd at Fair Winter Farm.
Wildfire has a spectacular appearance which just commands your attention. From the striking head type and well-proportioned frame down to His soft handling fleece with its enviable staple length there is plenty to like about Wildfire. Wildfire cuts a heavy fleece which is uniform in micron and full of style.

Prizes Won:
Prior to export Wildfire was shown at the competitive Melbourne Royal Show where he was awarded champion in the fawn category
Colour
Light Fawn
Solid Colour:
Yes
Date of Birth:
19th January 2013
Current Age:
10 Years and 1 Month

Price (Drive By)
£900.00
Sales Tax:
This price is NOT inclusive of sales tax which needs to be added.
Discount applies for multiple bookings
Yes - Contact Breeder for details
Currency
Sterling