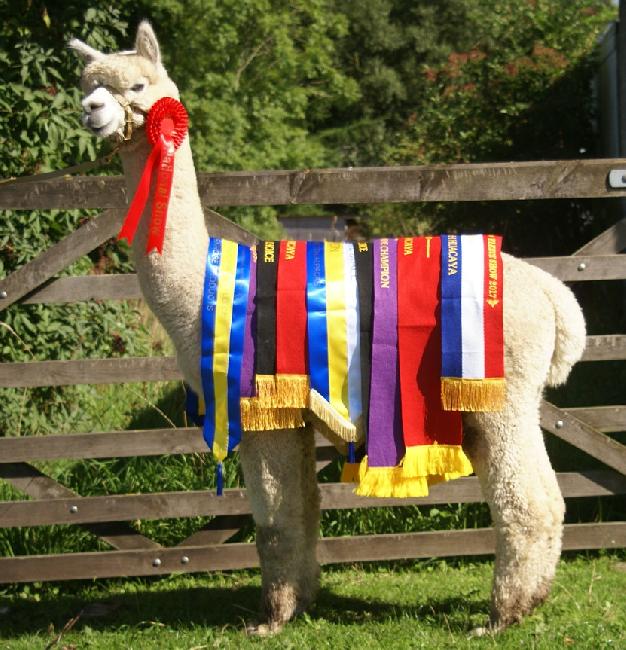 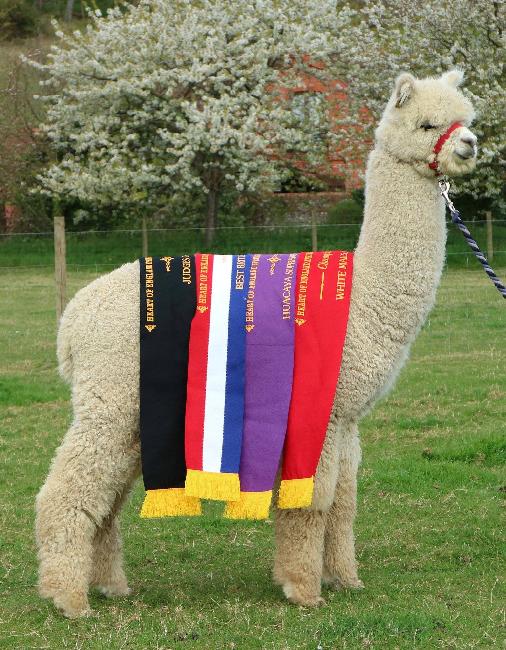 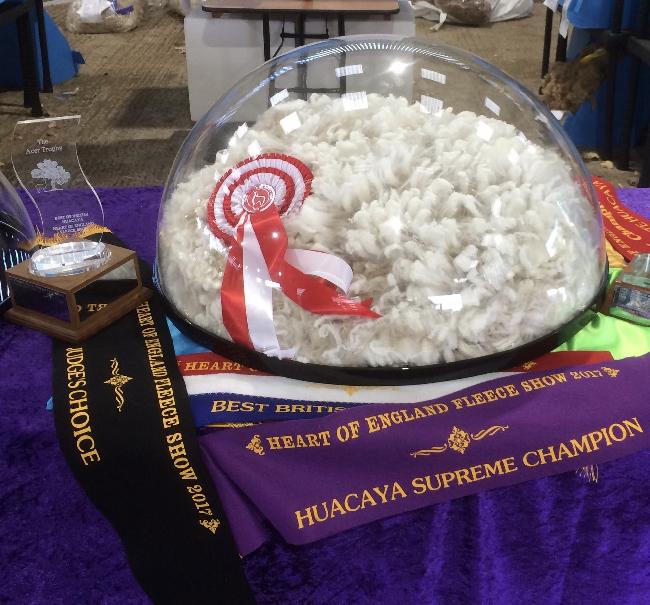 When looking for a new white Huacaya male to join the Beck Brow stud, Bozedown Blaze of Glory ticked all of the boxes and more. He had caught our eye on a number of occasions, and we were fortunate enough to secure a half-share in Blaze in the spring of 2018.

We were looking for a male who could reinforce the qualities that Beck Brow Explorer has brought to our championship-winning herd. It was asking a lot to find one male who has fineness, density, uniformity of micron, good fleece length, and all this on a strong and perfectly balanced frame.

These attributes have already gained Blaze of Glory many accolades, including two Supreme Championships and BAS National White Champion Male 2018.

Of course, he has the genetics behind him to back up his phenotype. His sire, Bozedown Ascendant (sire: Jolimont Rodrigo of Bozedown) was awarded National Light Sire's Progeny Champion for 2017 and 2018 and has retained incredible fineness and uniformity of micron at 8 years of age. On his dam's side, we have Tudor of Bozedown, another male who gives his progeny very good uniformity of micron and consequently a superb handle.

In addition to all of the above, Blaze has an incredibly easy temperament. This is not to be underestimated in value when selecting a stud who is likely to produce many progeny.

Blaze of Glory now has progeny on the ground at Beck Brow. They stand out in the paddock with their 'look at me' conformation and closer inspection confirms their outstanding fleece characteristics of fineness, uniformity of micron and density.

Blaze of Glory is co-owned with Bozedown Alpacas.

Blaze of Glory will be residing at Beck Brow during 2020 and will be kept in-house (this does not apply to the auction service). Females pregnant to Blaze will be available. Please enquire if interested.