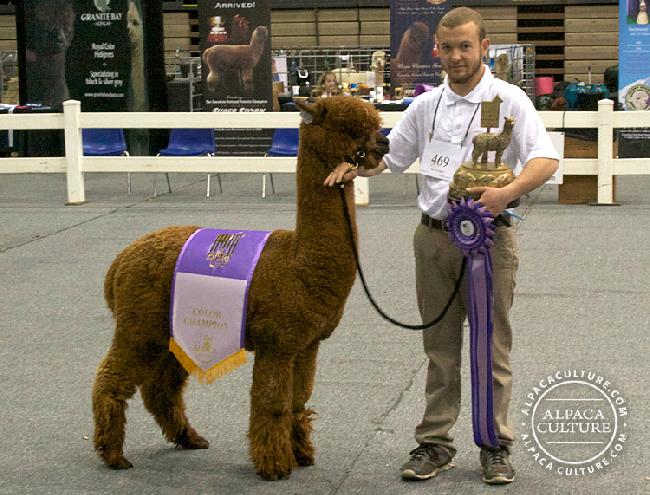 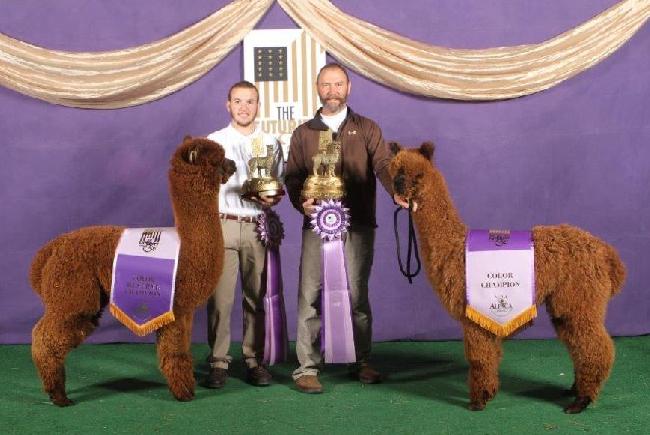 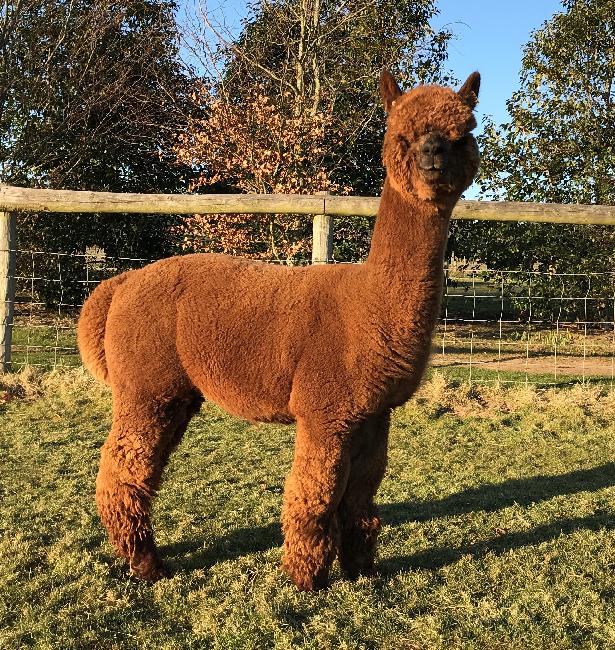 Web link specific for this stud:
http://www.artworkalpacas.com
Description
Bronze Royalty was selected by Don and Julie Skinner to represent Snowmass for two consecutive years at the undisputed top US Show, namely the Kansas Futurity. Bronze Royalty was Futurity Reserve Colour Champion on 2015 and Futurity Colour Champion on 2016.
Out of the highest rated Black Stud Snowmass Matrix Midnight, Bronze Royalty has the frame and fleece to back his amazing pedigree. His Dam is out of Snowmass Matrix Majesty, a Herdsire of the year co-owned between Snowmass and Cas-Cad-Nac, the two highest rated breeders in North America. His Dam is Royal Malaika, who is the best black female ever produced by Snowmass, and boasts an amazing genetic line thanks to Snowmass Matrix, who was judged to have the highest curvature ever produced and, of course, includes Quechua as an incredibly important foundation sire.
Comments received from Julie Skinner:
'He was our #1 Brown 2 year old male to take to the Futurity and he won 1st and Brown Male Color Champion at the Futurity.
He is out of our highest rated Black Stud Snowmass Matrix Midnight. Bronze Royalty is our replacement for Matrix Midnight as we are moving away from breeding black but still have many important and excellent black dams to breed him to but more importantly he can go over all color. This male has it all in frame and fleece and backed with a very powerful pedigree. We would even breed him to whites with color genetics. His Dam is out of Snowmass Matrix Majesty a Herdsire of the year co-owned with Ian and Jen Lutz for years and won many many Champions and running as Herdsire of the year many times at the Futurity. His Dams Dam is Royal Malaika who is our very best Black female we have ever produced. He also has a nice secure line on Snowmass Matrix our highest curvature ever produced and the one color influence son of Quechua.
He would be a male we would preferably like to co-own but the more we thought about this Don and I want to make sure you have the very best of our best and he is quite related to most of our herd as is the problem with many of our lines these days. We hope soon that the US will open to bringing in outside genetics. Maybe if he were to go to you we could buy a son from one of your grand dams to bring home.'
Bronze Royalty was mated to Snowmass Everlasting Majesty during the journey to UK, and she gave us Artwork American Beauty, who went on to win 5 Championships, 2 Supreme Championships and Judges Choice
Prizes Won:
Reserve Colour Champion US Kansas Futurity 2015
Colour Champion US Kansas Futurity 2016
Champion Brown Male, BAS National Show 2018
Champion Brown Male, South of England Show 2018
Colour
Medium Brown
Solid Colour:
Yes
Date of Birth:
14th August 2013
Current Age:
9 Years and 6 Months