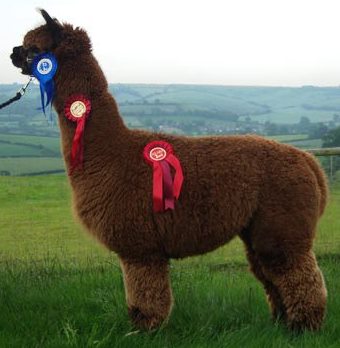 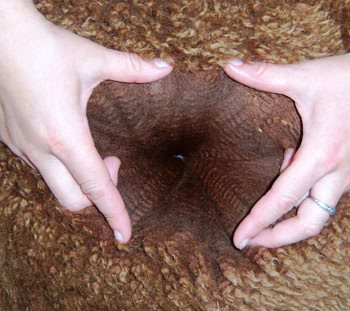 Blood Lineage:
Australian
Organisations Registered With:
British Alpaca Society (BAS)
UKBAS17560
Web link specific for this stud:
https://barnacre-alpacas.co.uk/alpacas/inca-darwin/
Description
Inca Darwin is a very solid and extremely striking looking macho. He has been bred from a top female line in Van Diemen Victoria of Inca who won many Championships in Australia before coming to the UK. His sire is the famous ATA Cambridge Centurion who is the most decorated black male in the UK show ring to date.

Darwin has a heavy frame that is correct in angulation, exhibiting excellent movement and presence. His fleece is dense, uniform in colour and with character that belies his age.

Personality  very much the boss of our big boys Darwin has the strength, intelligence and street-wise skills to make sure the others know hes in charge! When handled he is quite clearly very strong, although compliant and walks well on the head collar.

Colour  medium brown and very consistent.
Progeny  Darwin has 71 progeny for us and clients, with many available to view at Barnacre. He mainly produces brown with a good number of fawns and blacks in the mix too. One of his sons, Barnacre Galapagos, a double brown champion, stands at stud with Whynot Alpacas in Cumbria. Another, Orinoco was a Supreme Champion and Anubis, a brown champion stands at stud with us.

Show success  a wonderful trio of 2nd places were secured in 2011.

We guarantee a live cria on the ground (for 7 days) or a free return mating to any Barnacre stud. Returning females benefit from a £100 discount. After sales service includes 24 hour/365 day support.

Price (Drive By)
£400.00
Sales Tax:
This price is NOT inclusive of sales tax which needs to be added.
Discount applies for multiple bookings
Yes - Contact Breeder for details
Currency
Sterling