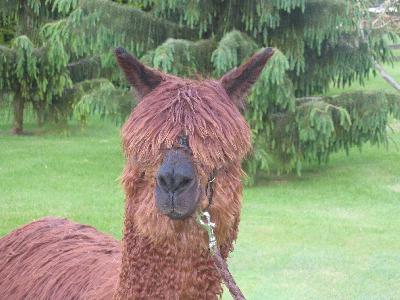 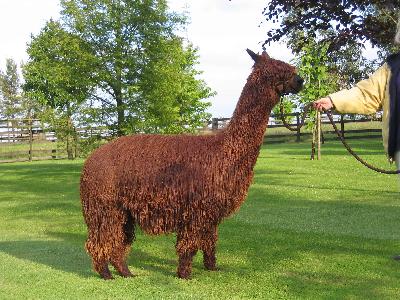 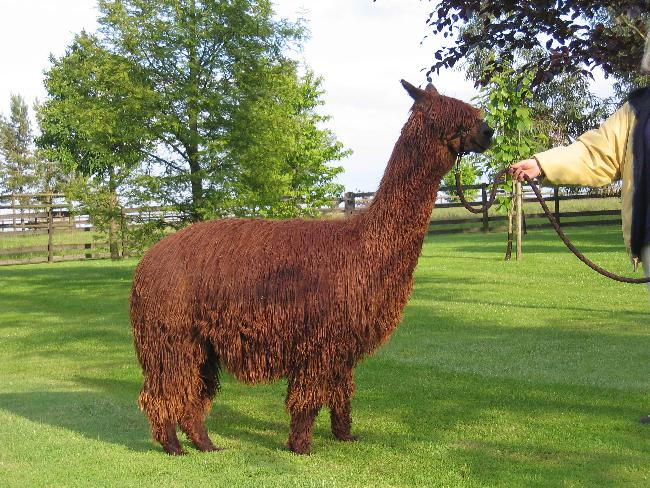 Blood Lineage:
Australian/Chilean/Peruvain
Organisations Registered With:
British Alpaca Society UKBAS04774
Web link specific for this stud:
http://www.snowshillalpacas.com
Description
Raphael has excellent conformation and correct Suri head type. He has a fine and very lustrous fleece with a soft handle.
His son, Snowshill Oberon was first placed Brown Intermediate Suri and Best Brown Suri at the 2011 National Show, first placed Adult Brown Suri at the 2012 Futurity Show and Supreme Champion Suri at the 2013 Royal Three Counties show. A daughter, Snowshill Tatjana II, was reserve champion brown female at the 2014 North Somerset Show. We cannot confirm that he is homozygous, however, we put him to a fawn huacaya in 2010 and the mating produced a black suri girl who produced the Champion Black Suri Fleece at the 2013 Futurity and National Fleece Shows. He has been put to a huacaya twice since and has produced a suri cria each time. Raphael's 2016 cria, Snowshill Andromeda, was 1st junior black female suri at the 2017 National Show and Champion female black suri at the 2017 HoE Spring Fiesta. Andromeda has gone on to win many more championships including Supreme Show Champion.

Price (Mobile Mate)
£475.00
Price (Drive By)
£425.00
Sales Tax:
This price is NOT inclusive of sales tax which needs to be added.
Discount applies for multiple bookings
Yes - Contact Breeder for details
Currency
Sterling