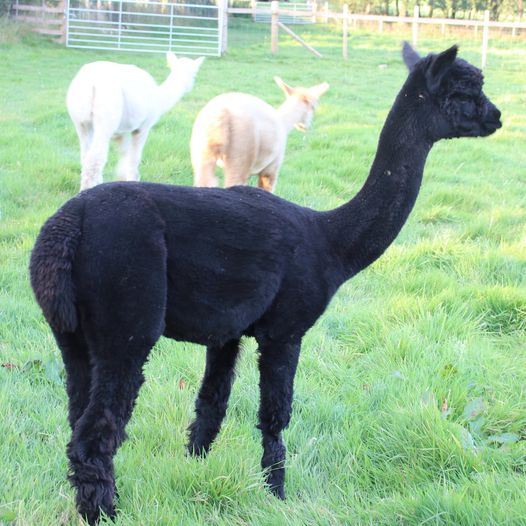 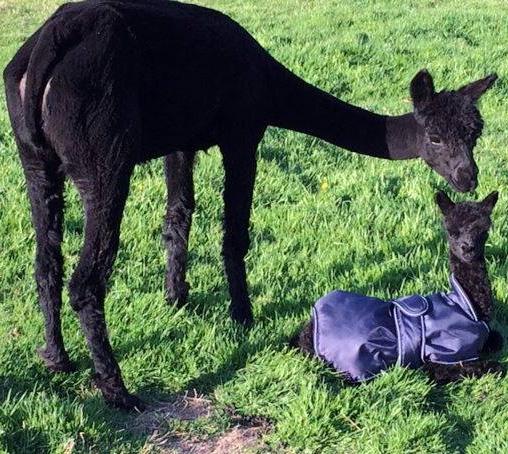 Name
Fangdale Sooty
Date listed
6th October 2020
Date modified
11th October 2020
Breed Type:
Huacaya
Alpaca Type:
Pregnant Female
Blood Lineage:
Peruvian Accoyo
Organisations Registered With:
British Alpaca Society
UKBAS29652
Description
Sooty is an elegant solid true black female sired by the influential grey stud male Fowberry Richeburg and Fowberry Kali (black). As such, she has some interesting genetics behind her that mean she can potentially produce a grey. Her full brother was a grey. We have mated Sooty once to Houghton Cosmic and she produced Jet, a lovely fine fleeced true black male born in 2019. Jet is a yearling and would have been in our show team this year had the shows not been cancelled. We are however excited that he will start working for us as a herdsire next year. Sooty managed extremely well throughout her pregnancy, delivered without problem and had an abundance of milk. We are selling Sooty pregnant to our New Zealand multi-champion stud male Stoneleigh Celtic Explorer of Fangdale which is an exciting match up especially as we have only released a few outside matings to him this year.

Price
£3,500.00
Sales Tax:
This price is NOT inclusive of sales tax which needs to be added.
Currency
Sterling