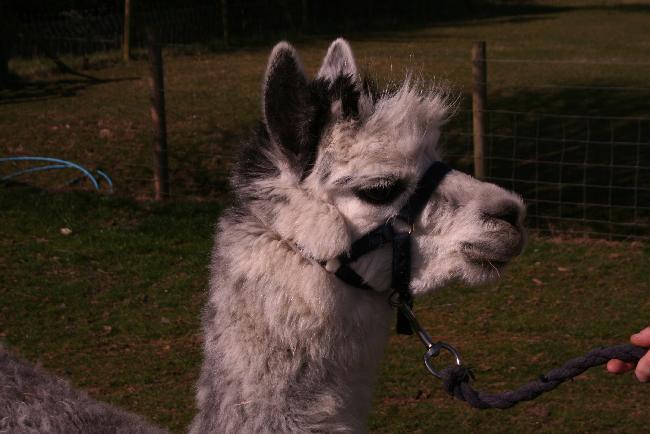 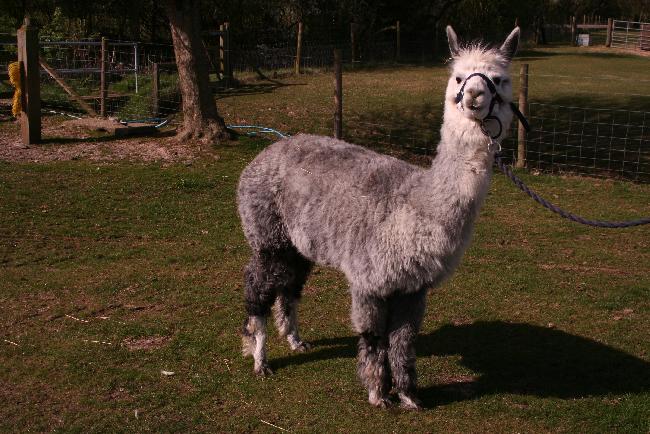 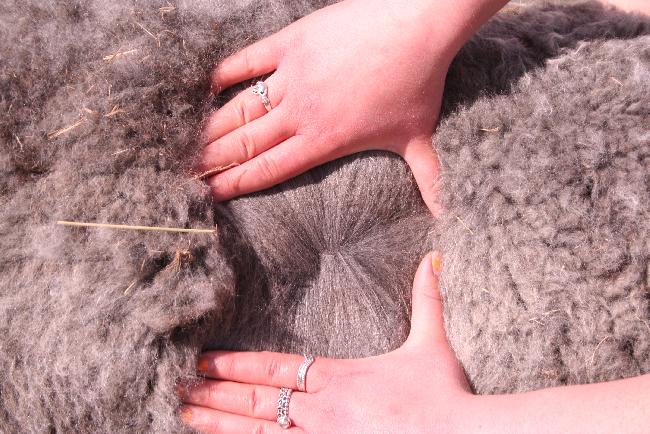 She has been placed in several regional shows as well as the National Show in her first fleece and has won Intermediate Grey Female in the Futurity in her second fleece, and gained reserve champion.

Liquorice is a well-built female with sound conformation and a fantastic mother.

Mated with a black male, she has thrown both a grey female and a grey male with stunning, dense, crimpy fleeces as well as two further black males with equally good fleeces.

Liquorice has been mated to D'artagnan and is believed to be pregnant/spitting off.
Prizes Won:
2011/05: National Show Huacaya Junior Female - Grey --> 3rd

Price
£2,995.00
Sales Tax:
This price is NOT inclusive of sales tax which needs to be added.
Currency
Sterling