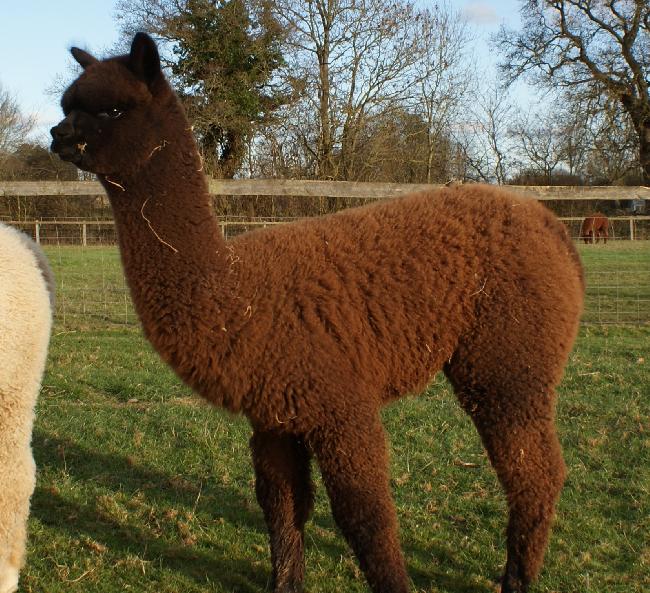 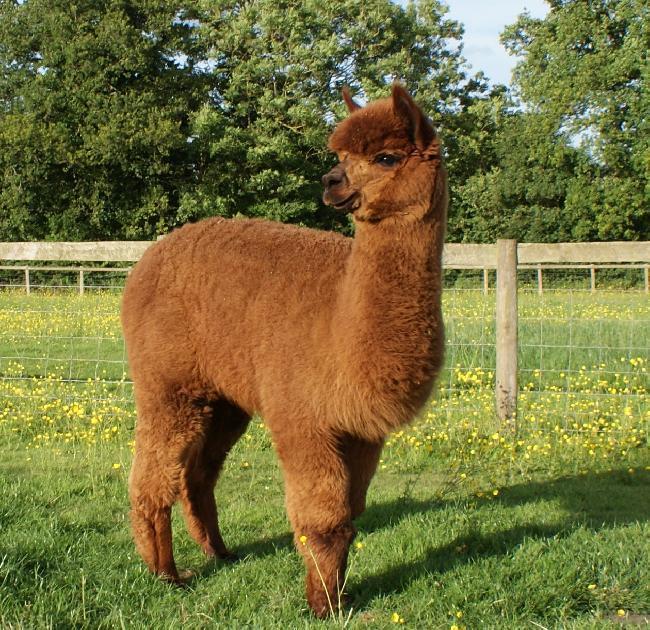 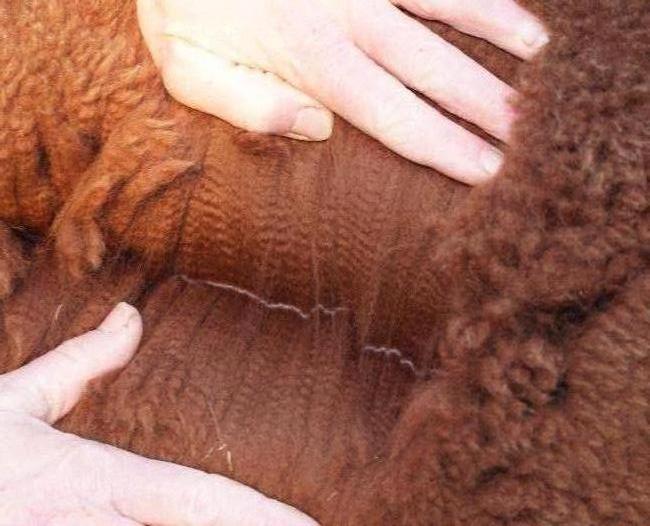 High Five has a good depth of high-quality brown and black breeding in his ancestry, and both sides of his pedigree feature many show winning names. His sire, Snowmass Sizlin Hot, has proved repeatedly that his progeny are able to win classes at the most prestigious shows, and still continue to do so (refer to Stud page for list of progeny achievements).

High Five is a well grown male with good conformation. His fleece is very even in colour and has a lovely soft handle. It is fine, has a good staple length, and displays a good level of density. High Five's second fleece had a lower MFD reading than his first fleece, so it would appear he is following in his sire's footsteps. Sizlin Hot's 13th fleece had a MFD of just 24.0! High Five started work in 2017, and his first two lovely, solid dark brown female cria were born in 2018. Both their fleeces look very promising and display the desired qualities we are aiming to breed. His daughter Autumn Spirit will be shown this season, and he has three further cria due this year.

If you are looking to add great genetics, density and colour, at an affordable price, then High Five could be for you. Contact Hannah on 07514 672147 for more information or to arrange a viewing.
Prizes Won:
Only shown once. 4th Junior Brown Male Bath and West - June 2016 - in a large and very competitive class
Colour
Dark Brown
Solid Colour:
Yes
Date of Birth:
2nd July 2015
Current Age:
5 Years and 6 Months