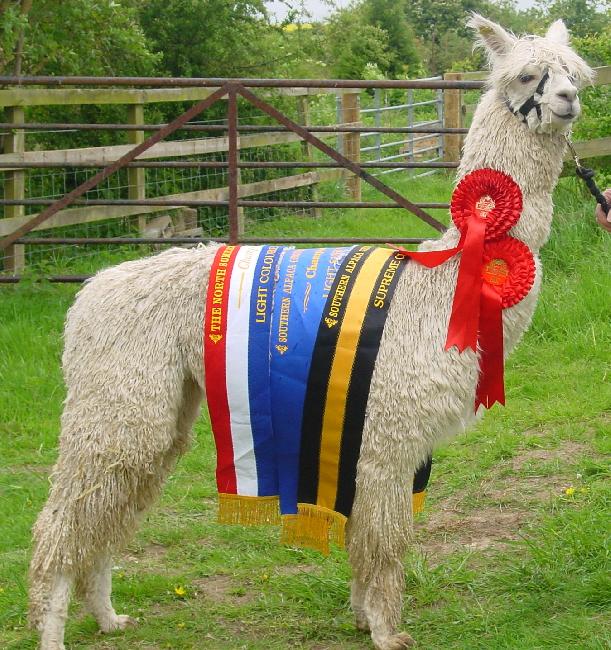 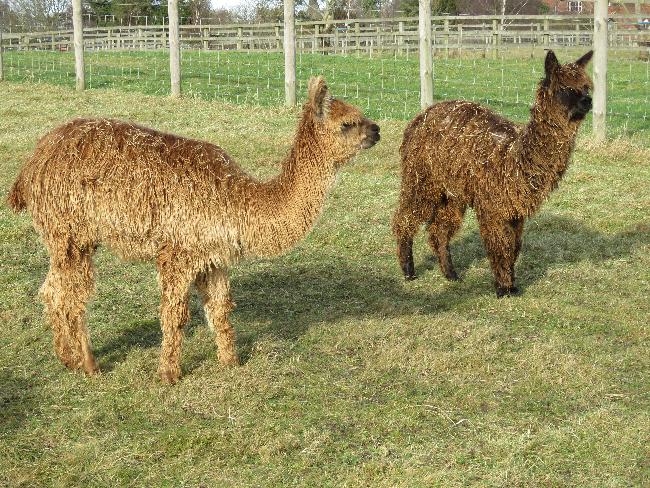 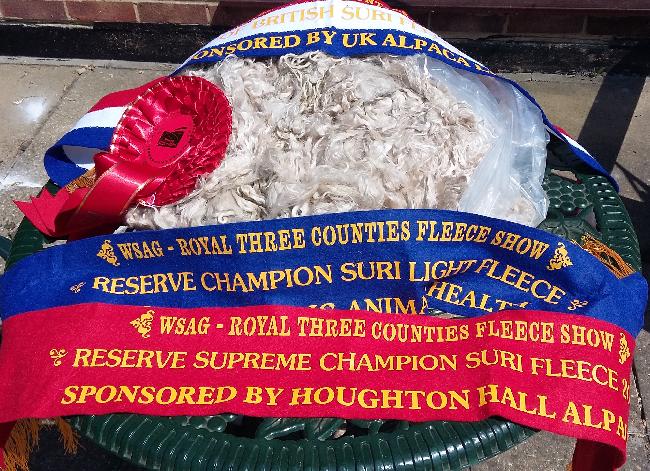 He has fleece qualities that breed true in his progeny and his sire was also a supreme champion. However although Balius is pure Peruvian he has genetics that have not been extensively used so is a great choice for avoiding in-breeding.

Working for the first time in 2015 at just two years old, Balius has produced crias every year from 2016 and they consistently inherit his looks and density. Balius seems to be particularly good at making a step change improvement in both fineness and density when used over coarse dark females. When used over dark females, most of his offspring have been dark solid colours.

Balius has an excellent temperament and great conformation. He is easy to work for matings and spit-offs.

As we are a small herd we need to change our genetics regularly. We are selling our supreme champion herd sire Hilly Ridge Balius Blue as we now have so many of his daughters in the herd. Balius is also available in a package with a companion male.
Prizes Won:
Balius? Prizes: