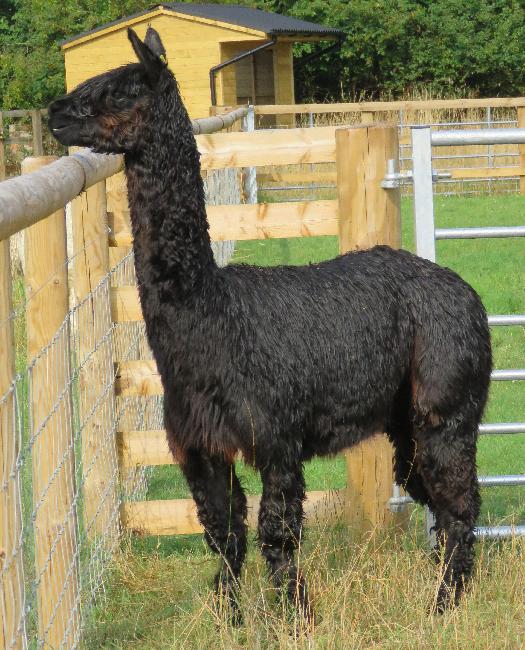 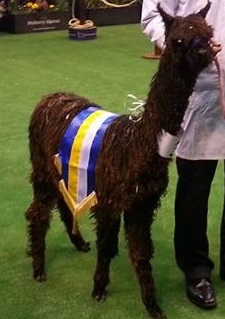 He is a dominant male but excellent on a halter and easy to handle during matings and spit offs.

We are selling him because we are a small herd and so need to change our genetics regularly. We now have many of his daughters in the herd and we also have his sons.
Prizes Won:
Jetstream's progeny have won:

* Champion black female at the BAS National Show 2016 and at the South of England Show in 2016 and Reserve Champion at the Heart of England.
* Champion Black male at the Yorkshire Alpaca Group Show 2017.
* 1st Junior Fawn male at the National Show 2018 and 1st Junior fawn fleece at the Eastern Alpaca Group Fleece Show 2018.
* Two champion black male in 2014 as well as another first.
* Black female championships at the North Somerset Show and at the Three Counties Show in 2015.