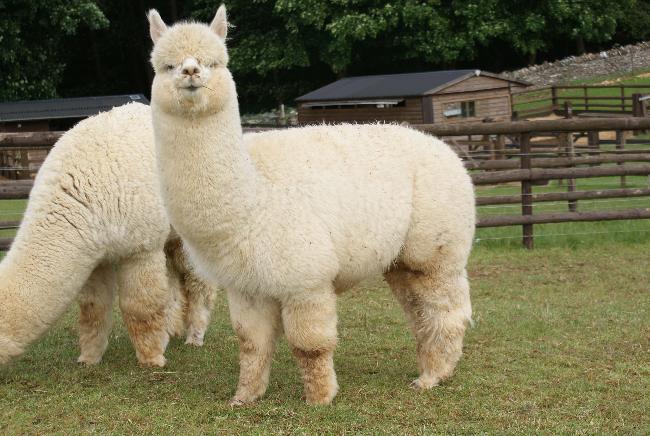 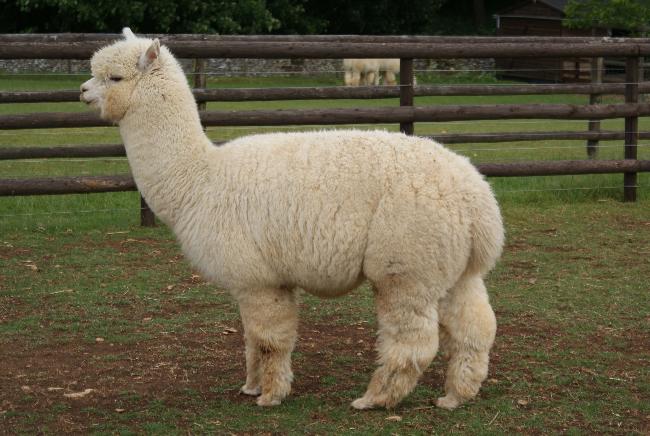 This is a wonderful opportunity to purchase an Elite stud male at an affordable price.
His breeding includes famous names such as Alpine Fibre's Brutus, Peruvian Drambuie, Peruvian Hemingway, Pperuvian Legend along with alpacas from the Jolimont, Pucara and Purrumbete herds.

Zhivago's mother, Escudo, has an extremely fine, dense and crimpy fleece (her 6th fleece is still only 20.5 microns).

Zhivago produced his first two cria in 2014, both are very attractive solid whites with dense and fine fleeces. He had one cria in 2015, a solid mid-fawn boy from a beige female, with a very nice dense, fine and nicely crimped fleece. (The only reason he isn't used more often is because he's closely related to some of our other males). Do call if interested, as a lower offer may be accepted.
Prizes Won:
2nd Senior White Male at the 2013 Romsey Show (from 4)
Judge: Nick Harrington Smith.
1st placed in his class went on to be Supreme Huacaya.
Nick was highly complimentary of both Zhivago's conformation and exceptional fineness of fleece.
2nd Senior White Male at the 2013 SWAG Autumn Show.
Judge: Liz Barlow.

Price
£3,000.00
Sales Tax:
This price is NOT inclusive of sales tax which needs to be added.
Currency
Sterling