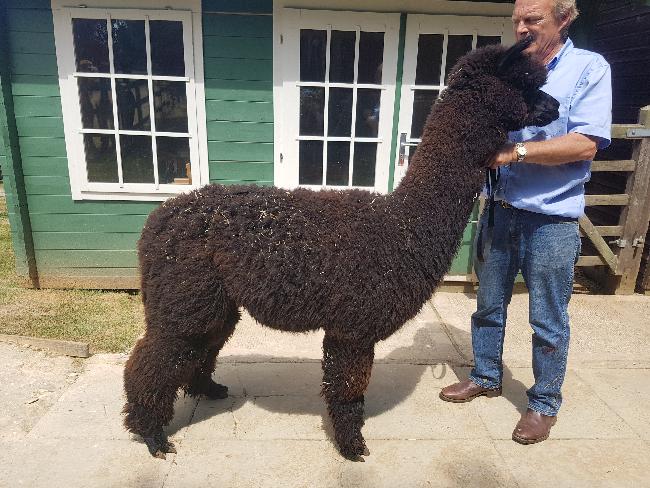 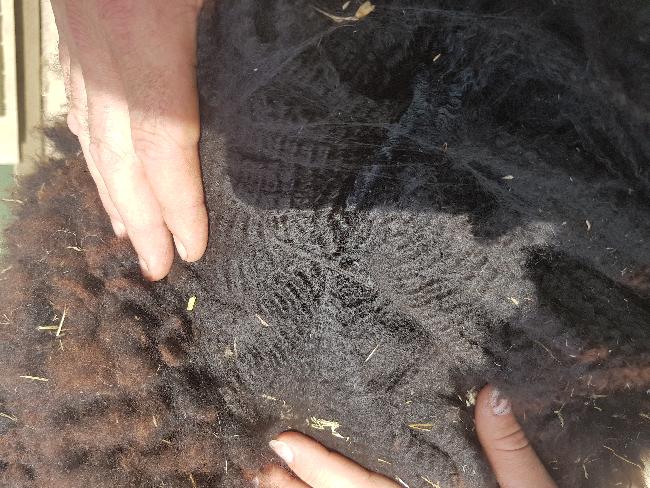 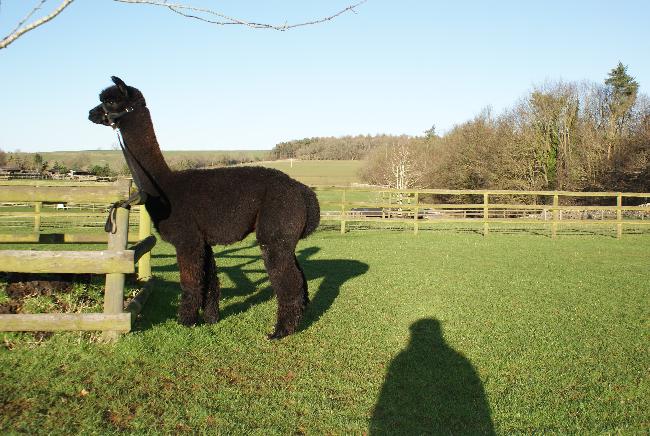 Caviar is a true to type huacaya with good bone and a nice, very fine and bright true black fleece. His father is Snowshill Remus (Brown Sire of Supreme Champion, Snowshill Romulus II) and his mother is Snowshill Persephone (5th fleece stats - 18.0 mfd and 99.7% cf), a stunningly fine and dense solid mid-fawn who has also won show championships. Caviar is still holding a very fine and bright fleece with a high cutting weight (an annualised weight of just over 5kg in 2018 and in 2020). His fleece has a fairly low SD and CV which gives it a really soft handle. He has different genetics to most other currently working black studs. Ten are expected in 2019 from black and lighter coloured dams. Caviar produced some very nice cria in 2019 including three greys from the four grey females he was put to (the non-grey from grey is a very good solid dark brown), a black from a black female and the rest are solid dark brown including one from a light fawn female. In 2020 he's so far produced a solid light fawn! from black and a solid true black from black - several others are due later. First fleece sample is correctly his 2nd fleece as he was cria shorn.