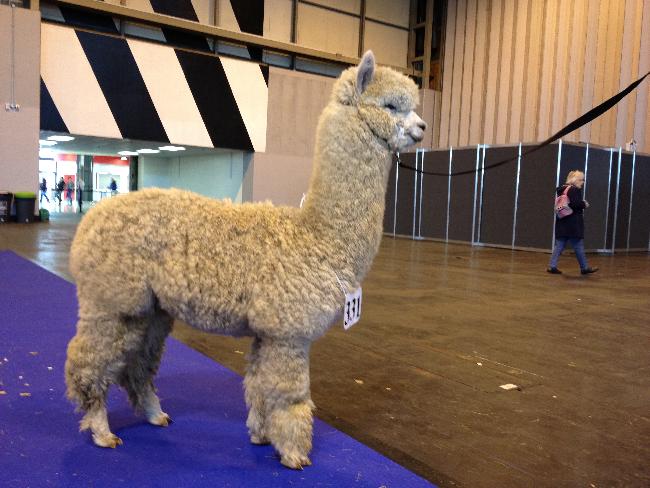 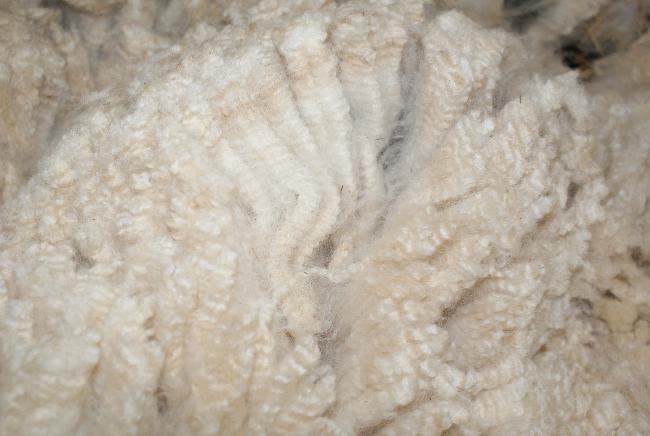 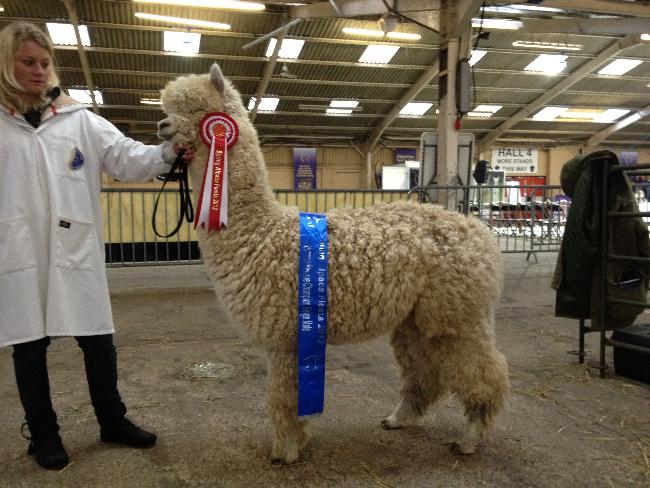 Ramises is an absolutely stunning boy. He is of medium stature, heavy boned and totally correct in his conformation.

His fleece is fine, deceptively dense, has a fabulous buttery soft handle and wonderful individual dense staples with lovely, well defined, crimp running from skin to tip. He cut 5 kgs of fleece at 10 months and over 6 kgs on his second fleece. The percentage of medullated fibres was 0.8% at 10 months and only 0.6% at 22 months.

Ramises' pedigree is hard to beat; having the Supreme Champion Cambridge Navigator of Accoyo as his father and Champion Snowshill Alexandra as his mother, with Supreme Champion Silverstream Czar of Anzac as a grandfather as well as many other prize winners in his ancestry including the renowned stud, EP Cambridge Peruvian Spartacus.

Although still quite young, Ramises started to work Autumn 2012 and two of the three females he was put to were confirmed as being pregnant. Both off-spring are now on the ground and female. Both have good conformation and what looks like being stunning fleece. One of these girls, Simonetta, was placed first by Peter Kennedy in her junior white class at the 2014 Alpaca Showtime event and 1st by Cathy Lloyd at the HoE Spring Fiesta. All of his 2015 cria, to date, are good looking animals with dense, bright and crimpy fleeces. A son, Snowshill Titian was Champion Light Male at the 2016 HoE Spring Fiesta and a daughter, Snowshill Polyanna II was Reserve Champion Light female in this show.
Many of his more recent cria are also doing well in both halter and fleece shows.
His fleece is, not unsurprisingly, becoming less fine as he ages, however, he is still producing a good weight (over 4.5kgs) and length (110mm). He's produced a stunning beige daughter in 2020 with a very bright, soft, fine and crimpy fleece.