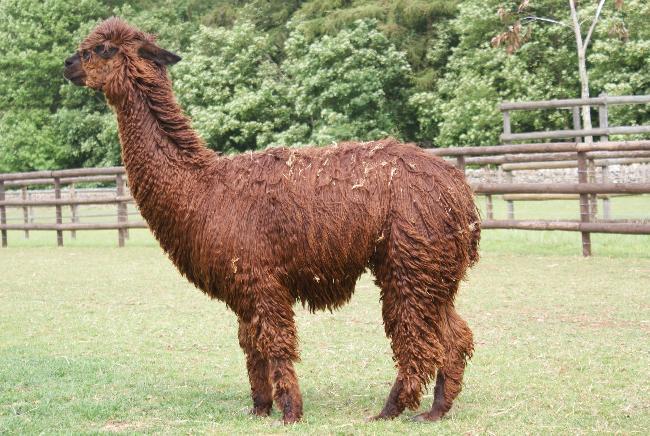 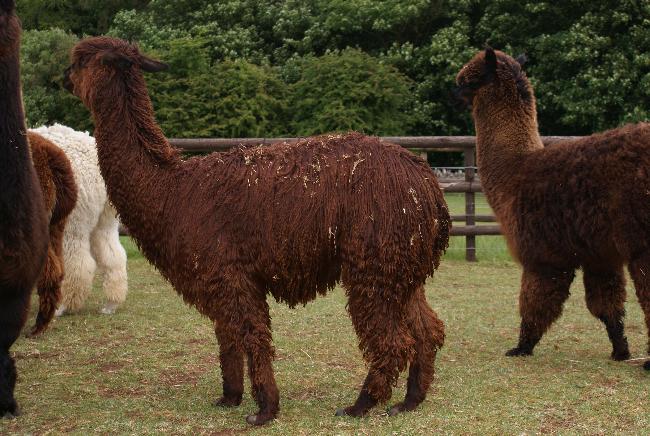 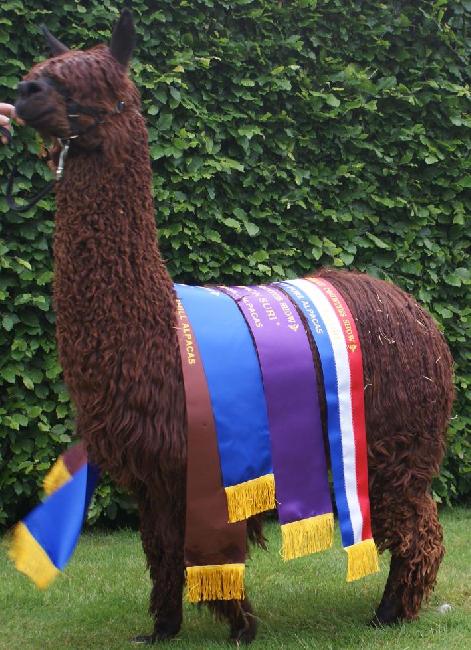 Oberon is beautifull true to type dark brown suri with a fine and lustrous fleece. His father, Snowshill Raphael, is a show winning mid-brown suri and his mother, Bozedown Dividend, is a very fine and lustrous light fawn/beige suri and was Champion Coloured Suri at the 2006 South of England Show and is still being placed first in fleece shows as a senior. His grandmother, Snowshill Letitia, was placed first in every show entered as both a junior and as an intermediate.