Registered With: Fully registered with the British alpaca society UKBAS24285


Venus is a young female at the beginning of her breeding life, who produced her first cria in 2016.

She is a female with an excellent pedigree as her sire is Cambridge Impervious, half brother to EP Cambridge Top Accout as they share the same elite dam in Verona 2. Sired by the famous Spartacus, Impervious is a highly in demand male with world class genetics.
His sire Spartacus has been a legend producing Champion after Champion throughout Europe, Australia and New Zealand and his dam Verona only produces the best including as mentioned above the champion herd sire EP Cambridge Top Account of Fowberry and more recently the highly regarded Australian National Supreme Champion Cambridge Invictus. Invictus was sold to New Zealand for the high price of $175,000 and is putting his stamp on the New Zealand herd.

Impervious has a super soft handle to his fleece with excellent crimp style. Great pressence and a beautiful head to match.

Venus has inherited an good fleece holding fineness at 19.5 microns.

Venus proved to be an exceptional mother, easy birther with plenty of milk and extremely attentive to her cria. In 2018 she produced a very nice fawn cria. She is currently open but will mated to our Utd Male Limestone Zaire in June 2019.

Full after sales support, good discounts for 3 or more and we can deliver. 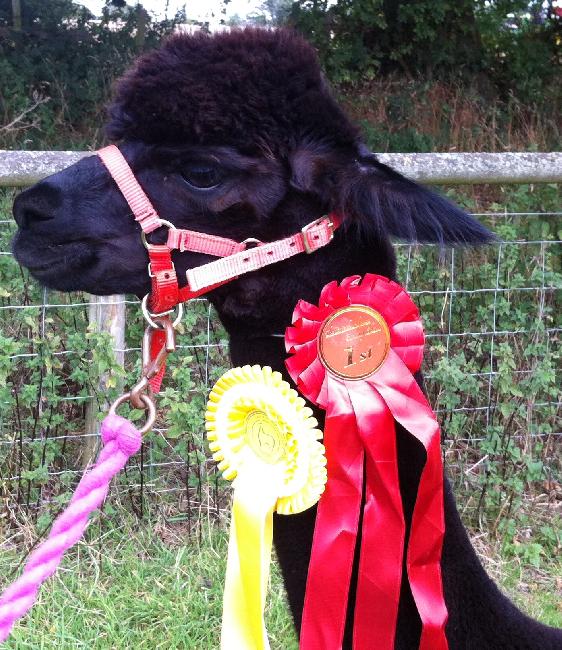 Number of Crias bred from female: 2