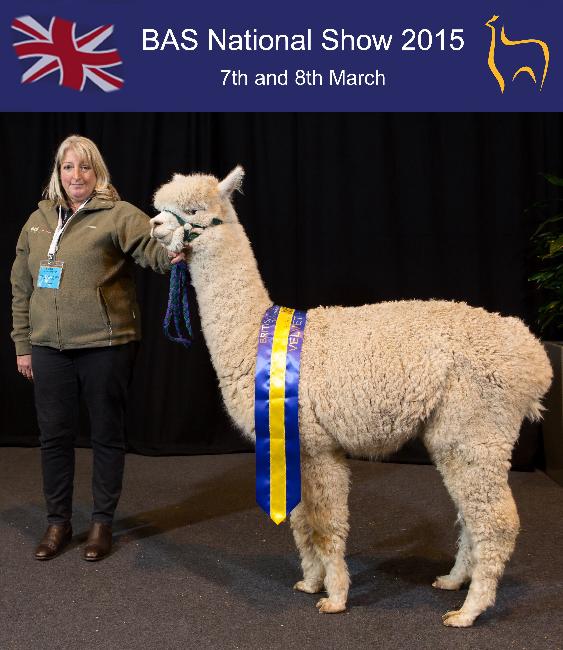 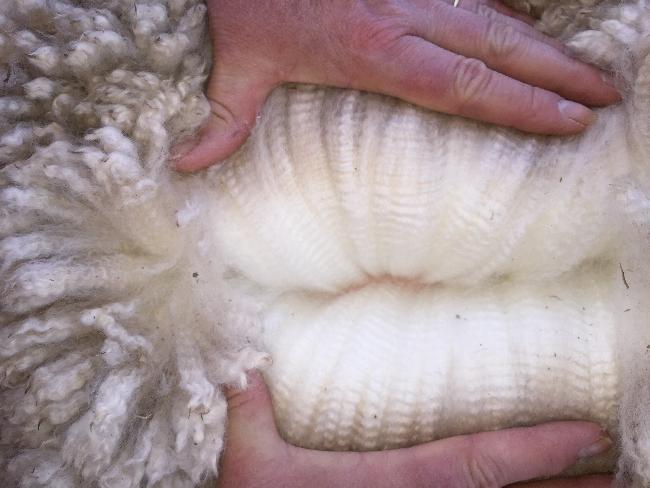 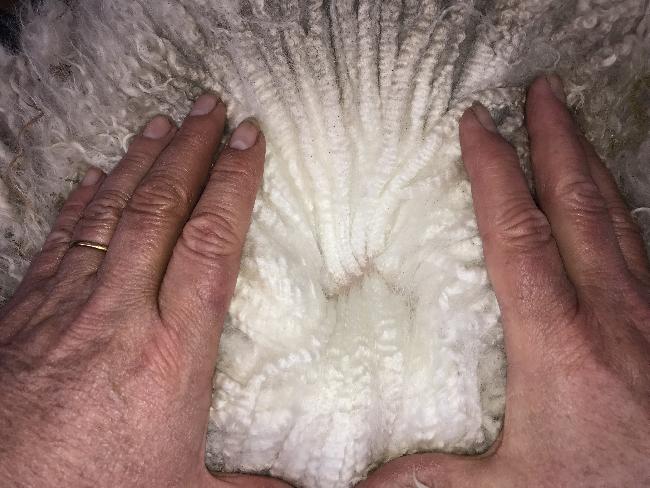 First Edition (Eddie) looked exceptional from birth. He has a fine, dense fleece which exhibits an amazing degree of brightness. His fleece is very well organised with low primary fibre diameter (inherited from his sire)

He is a well grown male, with a very true to type head, good strength of bone and has good presence.

He is very well natured, commanding the respect of his paddock mates without disagreements (an important trait to consider)

Eddie has three full sisters who have near identical fleece styles to his. They too have excelled in the ring with Bottoms Up being awarded a Supreme Championship in 2015, and Bedazzle taking numerous championships including Champion White Fleece and Judge's Choice BAS National Fleece Show 2017. Ditto had her first outing as an intermediate and was awarded White Female Champion at the Midlands Halter Show 2017

It is this background which suggests predictability in passing on superior fleece traits.

Eddie now has now got progeny on the ground to inspect. Wow says it all!